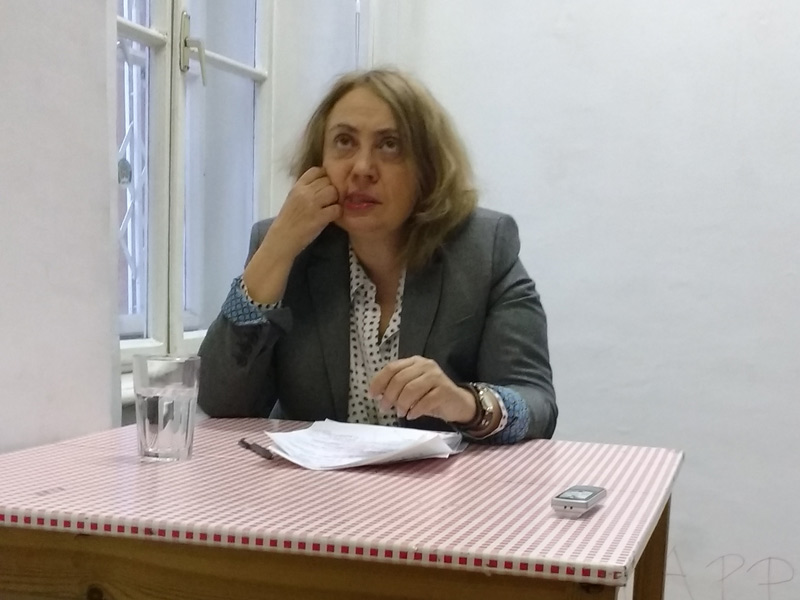 Ekaterina Degot: When Everybody is Critical, but Nobody is a Critic

Ekaterina Degot: When Everybody is Critical, but Nobody is a Critic

The lecture is part of the programme How Critical Is the Condition of Critical Writing?.

The recurring discussion about critical writing reminds us of a comparable discourse centered around the notion of painting. When asked, over and again, about the destiny of painting, one is tempted to reply shortly that it is dead. Obviously many artists do paint, provide for themselves by doing so, and even manage to remain historically relevant, but they avoid calling themselves painters. In a similar vein, most of us practice critical writing, sometimes on an everyday basis, but hesitate to present ourselves as professional critics. Where is critical thinking located in this entanglement of de-skilling and performativity?

You can attend the lecture on Wednesday, 6 April, at 6 pm in the Maribor Art Gallery / UGM Studio, Trg Leona Štukelj 2, Maribor.

Ekaterina Degotis an art writer and curator, Artistic Director at the Academy of Arts of the World, Cologne, and professor at the Rodchenko Moscow School of Photography and Multimedia. In 2014 she won the Igor Zabel Award for Culture and Theory. Her resent curatorial projects include: Report to an Academy, a Non-Academic Symposium, Performative or Otherwise, Pluriversale I, Cologne, 2014 (with David Riff); What Did the Artist Mean by That?, Moscow Museum of Modern Art, 2014 (with Yuri Albert), and Monday Begins on Saturday, First Bergen Assembly, Bergen, Norway, 2013 (with David Riff). She co-edited Post-Post-Soviet?: Art, Politics and Society in Russia at the Turn of the Decade (Chicago University press, 2013). Lectures and workshops will be partly in English and partly in Slovenian.