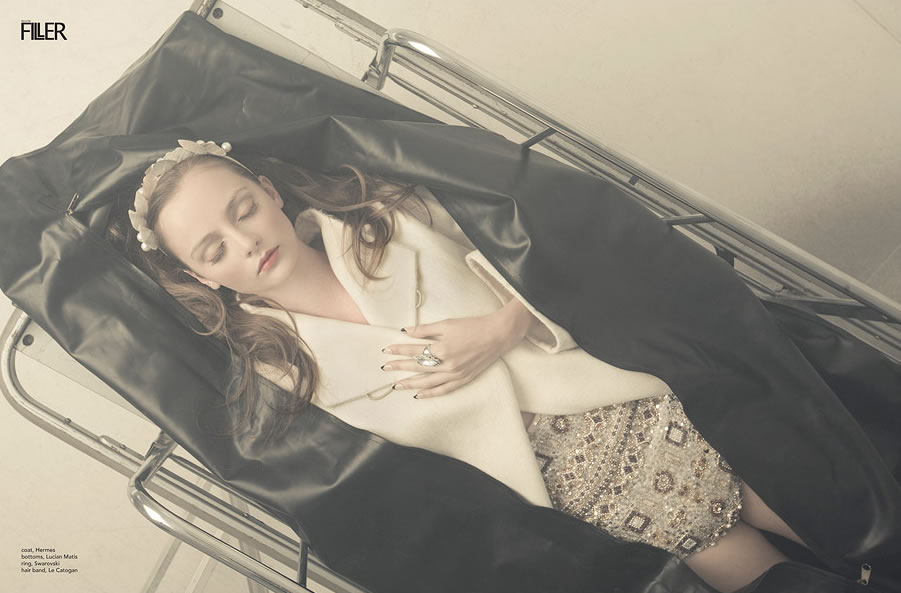 The series of three lectures in frame of Encounters with Contemporary Visual Art are the outcome of collaboration between SCCA-Ljubljana and Kulturni dom Nova Gorica. In 2019 coworkers of SCCA-Ljubljana will prepare one lecture in February (Jasna Jernejšek), March (Barbara Borčić) and April (Peter Cerovšek & Dušan Dovč).

The eroticized dead body is nothing new in the iconography of the West since throughout the history artists have been depicting dead women as sexually attractive. Throughout the 18th century Eros in Thanatos represented a subject of fascination both in art and in literature. In the 19th and 20th century, they unite in the erotic appeal of the dead body, the topic addressed by many, i.e. Walter Benjamin with the sexual attraction of inorganic and Georges Bataille with a negative experience of eroticism. Also Sigmund Freud’s das Unheimliche and Julia Kristeva’s abject come into mind. Seeing death as beautiful was already considered in the Victorian era, well before the phrase “Die young, and have a good-looking corpse” became popular. Jasna Jernejšek(1982) is a freelance curator and critic. She finished Master’s studies in Communication Studies at the Faculty of Social Sciences in Ljubljana. She takes interest in creation and transmission of meaning through (re)designing and combining images, and (non)communication they trigger. She mainly focuses on the theory and history of photography within the field of contemporary photography and new media. Since 2018 she is a co-worker of World of Art | School for Curatorial Practices and Critical Writing, and Studio 6 at SCCA-Ljubljana.

Special thanks for the invitation to Nova Gorica City Gallery, Pavla Jarc and Mateja Poljšak Furlan.
SCCA-Ljubljana is supported by City of Ljubljana, Department for Culture.