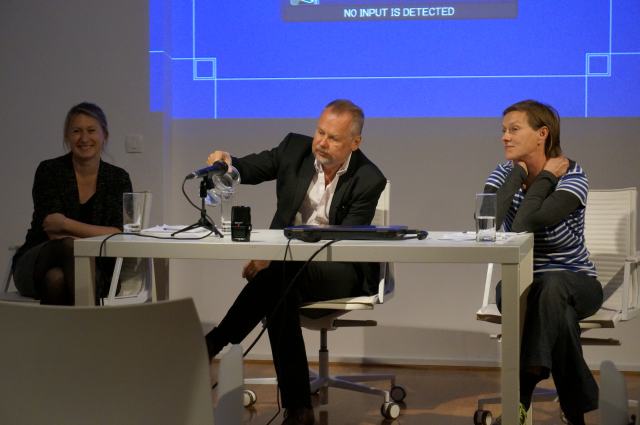 Piotr Piotrowski: The Global NETwork. Approaching Comparative Art History
Klara Kemp-Welch: Continuity and Rupture / Networking and Collaboration from the 70s to the 00s

Both lectures will be in English language.

At the beginning of the 1970s Jarosław Kozłowski and Andrzej Kostołowski invented NET – a global network of artists who wanted to exchange their thoughts. This was the first such idea created in the Eastern Block, and one of the first in the entire world. Ultimately over the course of more than a dozen years a few hundred people from both Eastern and Western Europe, the US, Latin America, and Asia participated in this initiative. This lecture does not however aim to describe the project itself, but rather takes it as a point of departure for an analysis of the different contexts in which artworks circulate, in an effort to arrive at a theoretical approach to comparative art history. I understand this concept not necessarily in the way that the circulation of ideas caused them to be influenced by each other, but rather how different geo-historical circumstances lie behind their meaning in context, how they illuminate each other—something that was not always perceived by the public that visited NET exhibitions. We may thus be able to differentiate aspects of global culture as they were developed at the time, that are otherwise usually seen as homogeneous and west-centric, existing in a one-way relationship between the metropolis and its periphery. Klara Kemp-Welch:
Continuity and Rupture / Networking and Collaboration from the 70s to the 00s

Since at least the landmark exhibition After the Wall (Stuttgart, 1998) each new year seems to produce a framed survey of what travels under the pseudonym “East European art”; notably IRWIN’s best-selling East Art Map of 2006, but alsoloud exhibitions: Les Promesses du Passe (Paris, 2010), Ostalgia (New York, 2011), The Desire for Freedom (Berlin, 2012), Report on the Construction of a Space Module (New York, 2014), to name just some. Each initiative has to stake out its position in relation to the concerns of a complex network of participants and institutional stakeholders. The same is true of projects in which late socialist unofficial art has been put into discursive play with its experimental equivalents from around the world; Global Conceptualism (New York, 1999), Subversive Practices (Stuttgart, 2009), and more recently the Museum of Parallel Narratives (Barcelona, 2011). Networking and collaboration are central to such projects. And they also, necessarily, present necessity as a virtue. They are increasingly designed to address our own networked age with its particular audience of participant-producer-consumers. I want to argue that if the 1970s feature so prominently in the projects listed above, then this is because that was when a certain form of spectatorship was ostensibly born, and, above all, perhaps, the moment when networking and collaboration were reborn, often on the quiet, after the disappointments of 1968. I examine the uses and abuses of narratives of the micro-historical isolation and marginalization of “Eastern European art” while considering locating the historical germs of our present condition in the late socialist period, comparing the cultural situation today with its late socialist counterpart. Piotr Piotrowski is Professor ordinarius at Art History Department, Adam Mickiewicz University, Poznan, Poland, which he has been chairing between 1999-2008, and permanent research fellow of the Graduate School for East and South-East European Studies, Ludwig-Maximillians-Universität, München/ Regensburg Universität. Former director of the National Museum in Warsaw, 2009-10, and visiting professor at Humboldt University (2011-12), Warsaw University (2011, 2012-13), the Center for Curatorial Studies, Bard College USA (2001), Hebrew University in Jerusalem (2003). He was a fellow – among others – at the Center for Advanced Studies in the Visual Arts, Washington D.C. (1989-90), Columbia University (1994), the Institute for Advanced Study, Princeton NJ (2000), Collegium Budapest (2005-06), and the Clark Art Institute, Williamstown, MA (2009). He is the author of a dozen books including: Meanings of Modernism (1999, 2011), In the Shadow of Yalta. Art and the Avant-garde in Eastern Europe, (2005, English 2009, Croatian 2011), Art after Politics (2007), Art and Democracy in Post-Communist Europe (2010, English 2012), and Critical Museum (2011, Serbian 2013), as well as editor, co-editor and co-author of many others. For his scholarly achievements Piotrowski received among others Jan Dlugosz Award Krakow 2006, and Igor Zabel Award for Culture and Theory, Barcelona 2010.

Klara Kemp-Welch is Lecturer in 20th Century Modernism at the Courtauld Institute of Art in London where she teaches East European and Latin American art history. She has an MA in Russian and East European Literature and Culture from the School of Slavonic and East European Studies in London (2002) and a PhD in the History of Art from University College London (2008). As a post-doctoral researcher, she was awarded fellowships from the Phillip Leverhulme Trust and the Arts and Humanities Research Council, and a working Grant from the Igor Zabel Foundation. She has published catalogue essays and book chapters on experimental artists such as Ion Grigorescu and KwieKulik and her monograph Antipolitics in Central European Art. Reticence as Dissidence Under Post-Totalitarian Rule was published in 2013. Since 2009, she has been working on a research and book project entitled Networking the Bloc: Rethinking International Relations in European Art. Lectures are part of the Series of public lectures on curatorial and institutional practice entitled Reflections and Premises in Contemporary Art, Art Theory and Art History, which is being prepared by the SCCA–Ljubljana and the Igor Zabel Association for Culture and Theory.

Partner of the event: Museum of Contemporary Art Metelkova
The programe is supported by: the City of Ljubljana – Department for Culture; ERSTE Foundation