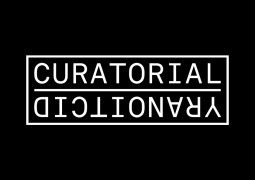 We would like to inform you about the activity of our co-worker Saša Nabergoj, who will be collaborating on the international research project Curatorial Dictionary: Case Studies by holding a lecture and a two-day workshop.

Curatorial Dictionary is a long-term, collaborative research project that was initiated in 2012 by tranzit.hu in Budapest. In the first phase of the project, the working group endeavoured to establish an online bilingual, Hungarian-English language dictionary in an aim to help interpret the terminology of the curatorial-contemporary art discourse. In the second phase, which will be a two-day workshop held by the Free School for Art Theory and Practice, participants will explore questions pertaining to the (cor)relations between the “East” and the “West” and closely inspect the globalised curatorial and art discourses from the perspective of East European curatorial practices.

Tranzit.org is a network of numerous independent initiatives from Central and Eastern Europe with a polycentric structure. The initiatives have been operating under the same name from 2002, each of them under its own conditions, depending on the local context. The difference is mostly evident in the working methods and formats they use. The main partner is the ERSTE Foundation.