The exhibition Under Pressure brings to the fore the attitude towards materiality. It presents the works of Maruša Meglič and Sara Rman, who experiment with materials and examine their capabilities. In the work of both artists, an important role is played by the process that explores the fragility, durability, adaptability and irreversibility of materials. The unpredictability of the process and the choice of the materials used allow for the possibility of mistakes, while at the same time dictating the content of the artwork. Parallels in the relationship with the material itself can also be found in the perception of the space into which the artists install the artwork. The placement in the space co-creates the individual artworks and the already established content of the works is meaningfully supplemented by each new installation. The confrontation of the works by the two artists at Škuc Gallery establishes new connections that consider materiality, hence allowing us to understand the works in a multifaceted way.

Through the associations triggered by the forms, creative process and installation of the exhibited objects, the artists refer to the anxiety we face on the passage to independent living. With the relationship between the exhibited objects, the experience of a new space and the titles of the works, Maruša Meglič suggests the content of her installations, starting from a reflection on the internalised social pressures she perceives in the surroundings. In a dialogue with the material, she therefore stems from her own questions and feelings, which she wishes to also convey to the viewer. Sara Rman also stems from personal existential issues too, but puts the material of photographic film, which was an area of interest already during her studies, at the forefront. She does not see film as the support to the image but isolates it from the photographic process and regards it as an independent object. During the process of recycling, destruction and manipulation, she questions the medium of photography and tests its limits. By deforming the material used, she creates different shapes, while playing with the viewer’s perception and the very capabilities of photographic film.

In the piece Chinatown (2013, 2020), Maruša Meglič experiments with the natural laws of pouring, gravity and drying of various natural and artificial materials, which she is attracted to as an artist due to their specific visual effect. By combining the textures and scents of cosmetic and food products, as well as various objects, she considers the short-term temptation of kitsch, the general fascination with consumer culture, while being charmed by their specific aesthetics at the same time. The changing processes that take place among the consumables used, allow her to explore their capabilities over and over again. The uncertainty of the final result and the irreversibility of the art process are also present in Sara Rman’s Untitled (2020). By gradually rinsing the previously burned and chemically untreated film, she exhibits the actual process of changing the material, with an interest in how the material will change during the course of the exhibition. The same starting point is also characteristic of her never-completed series of works Settled Disorder (2018–), as the artist eclectically supplements it with new or altered works and adds new contents and segments to it. By deforming seemingly useful everyday objects, she inserts a feeling of discomfort and tension, playing with different perceptions of reality, in which she tries to understand the concepts of sense and nonsense. By juxtaposing the completely opposite physical properties of metal structures and soft silicone elements in the work Success is looking for a good place to stay (2019), Maruša Meglič explores the expressive abilities of materials as well. She stems from personal experiences marked by confronting ambivalent feelings about socially conditioned ideas regarding one’s own progress and the anxiety about being responsible for decisions that can also lead to failure.

All the works presented in the exhibition are distinguished by a considered use of materials and exploration of their expressive and visual capabilities. The exposed process and variation of the final result and work leave the inquiry for any meaningful conclusions open and reflect the uncertainty of personal feeling by both artists. The title of the exhibition Under Pressure simultaneously refers to the actual physical pressure on the material used as well as the personal pressures of various decisions and life situations experienced by the younger generation of individuals embarking on an independent life path.

Presentation of the exhibition Under Pressure (in Slovene)
Author and camera: Aljoša Abrahamsberg, production: RX-TX Institute

Sara Rman (1992) is continuing her studies for a master’s degree at the Academy of Fine Arts and Design of the University of Ljubljana after graduating in Photography under the mentorship of Prof. Peter Koštrun. In 2017, she received the 2016/2017 Outstanding Academic Achievements Award for her dissertation Free Spirit of Time. Her works have been presented at group exhibitions in Slovenia and internationally: Self-Development (Alkatraz Gallery, Ljubljana, 2019), Eat this! (Račka Gallery, Celje, 2019), Haunted House of Horror (London, Great Britain), Retro (Fotofest Košice, Slovakia), After all (Krakow, Poland). She presented herself independently in Košice, Slovakia, with the exhibition Swallow Your Pride in 2017. 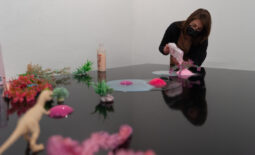 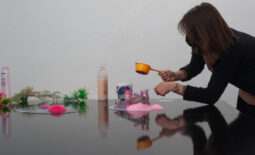 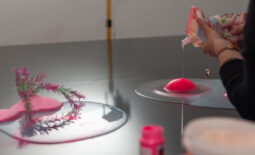 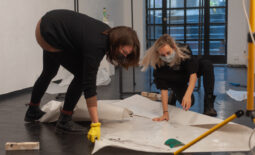 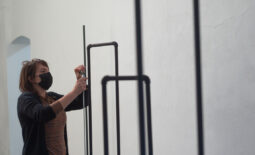 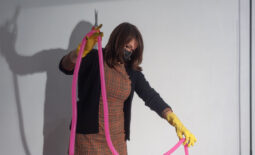 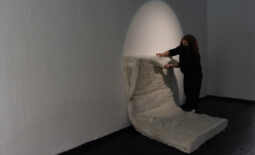 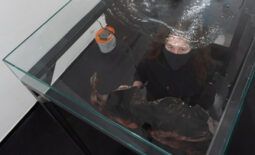 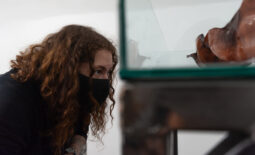 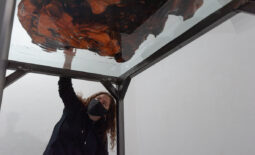 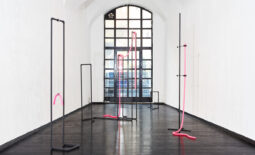 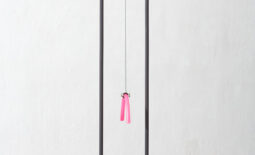 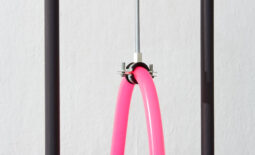 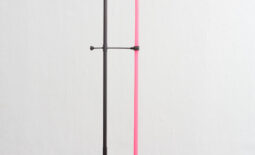 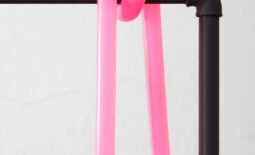 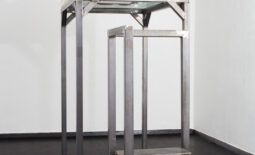 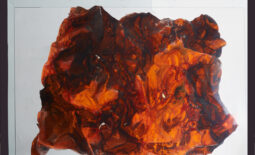 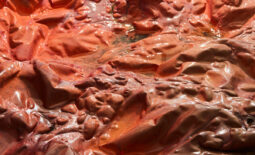 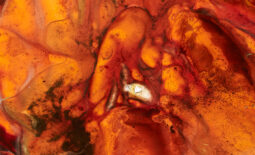 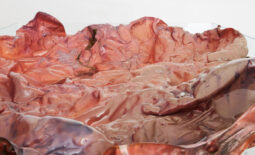 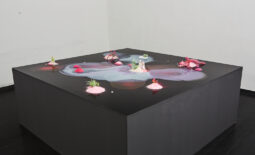 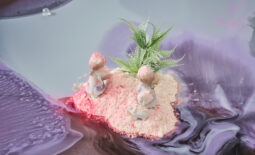 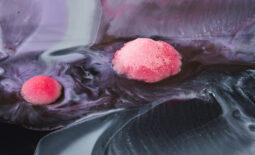 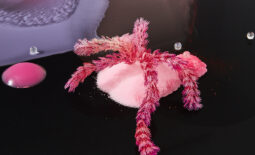 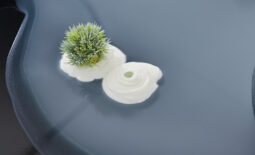 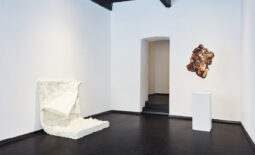 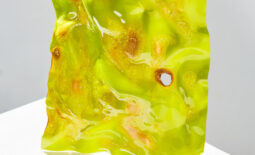 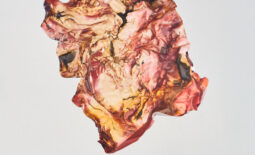 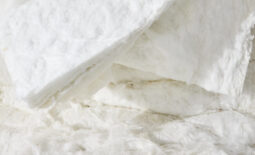 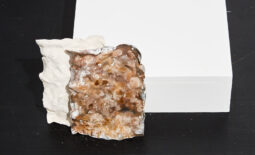 Production: SCCA–Ljubljana, Center for Contemporary Arts / World of Art School
Co-production: Škuc Gallery
The final exhibition is supported by Municipality of Ljubljana – Department for Culture and the Ministry of Culture of the Republic of Slovenia.