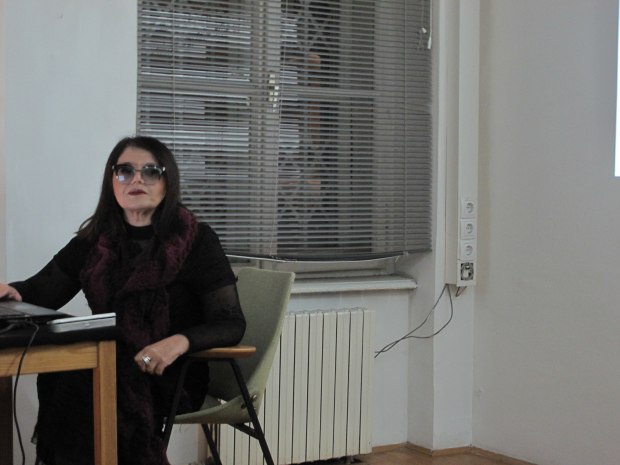 Suzana Milevska: The Troubled Relation Between Theory and Curatorial Practice

Lecture and discussion (in English language)

In the lecture, Suzana Milevska will address the important and complex relation between contemporary curating and theoretical discourses. She will point to the limitations that occur when theoretical concepts are used as an excuse for and to advocate the curatorial choice of models, strategies and relationships instead of using these concepts as starting points for a critical self-reflection on art and curatorial choices.

Parallel to this, Milevska will also reflect upon the relation between art and activism and the recent urge from the side of curators and art institutions to intertwine themselves with current social movements in the quest for a reality beyond the neoliberal order.

Suzana Milevska (Skopje) is an art historian, curator and theorist of visual art and culture. She holds a Ph.D. in Visual Cultures from Goldsmiths College in London. Her academic research and curating interests include postcolonial critique of hegemonic power in art, gender theory and feminism(s) in art practices and socially engaged and participatory projects. She has curated over 70 international exhibitions, mostly committed to searching for new curatorial formats and models of presenting critical discourses and socially and politically engaged art practices. She publishes extensively, including among others Gender Difference in the Balkans and The Renaming Machine: The Book (both in 2010). In 2012, she was awarded the Igor Zabel Award for Culture and Theory, and in 2013 she was appointed as the first Endowed Professor for Central and South Eastern European Art Histories at the Academy of Fine Arts Vienna. The event is the first in the 2014 World of Art public programme, which is being prepared by the SCCA-Ljubljana and the Igor Zabel Association for Culture and Theory.

The programme is supported by: the City of Ljubljana – Department for Culture; ERSTE Foundation; the United States Embassy in Ljubljana.